Today we are bringing you an interesting conversation we had with Melvin Rook, the CTO at Wonderkind, so make yourself comfortable and enjoy reading.

Melvin is one of those early tech adopters, in the full sense of the word. And when we say early, we mean that he was working at a startup as a PHP debugger, software engineer, system admin when he was only 15 years old. One would say that our Melvin was a wonderki(n)d right? :)

After he realized that software engineering was his passion, he eventually ended up working as a CTO at MADS, a company that developed mobile advertising technology. The next stop in his career was joining Adform as a Head of Architecture to bridge the gap between the CTO and CIO. His focus was on technology and making sure that the team had best practices, frameworks and methodologies available at all times. Melvin also mentioned that Adform was an API-first company with a decent strategy in terms of building APIs, the one that would definitely profit from using Treblle (too bad we built Treblle only a year ago :)).

Besides just working at different companies, Melvin was also one of the founders of Fitsociety, a company that was bringing together athletes and coaches, and from his words it was pretty successful at the time. But, as often happens, they ran out of funding. And just when they had five offers on the table, the COVID pandemic happened and they didn’t manage to secure a new round. What was the end of Fitsociety (it does still exist but only in the maintenance mode) was a new beginning for Melvin as he was introduced at Wonderkind as an interim CTO, and was later on appointed as a permanent CTO of the company.

Before we dive a bit deeper into the key takeaways of our discussion with Melvin, have a look at the video below and experience a touch of atmosphere from Wonderkind's office.

So, let’s talk a bit about Wonderkind.

Wonderkind was founded over 5 years ago, and as Melvin mentioned they managed to find the product market fit instantly. They experienced rapid growth from the start but they did face some challenges, especially when COVID pandemic hit the world. But thanks to sustainable growth they managed to make their business model profitable.

As Melvin explained, at Wonderkind they built a talent attraction technology that gives you a possibility to put job ads at various display and advertising networks like Facebook, Instagram, Google and Linkedin. Eventually they plan to also add Youtube, Tik Tok, Snapchat and other various platforms.

The process of setting up campaigns in Wonderkind is super easy. You can set up templates for ads that you use commonly, set up the campaigns in minutes and distribute them across all the networks. Compared to all those platforms where you need to manually set things up, Wonderkind provides you with an automated solution that saves a lot of time.

It’s also easy to integrate Wonderkind to CRM and ATS systems via XML feeds, and feed data into the platform to create campaigns for you. Meaning it’s more scalable while giving you the ability to set up more than 50 campaigns in an hour. Talking about time saving, right? :)

The main business case at Wonderkind is to help companies put out their high volume job ads and to generate applicants at scale.

The main languages used are PHP and Laravel while for the frontend they mostly use Vue.js, and for database PostgreSQL. As a part of their stack, they also use supporting services like Redis, while deployment is being done on the Google Cloud (Cloud Functions, Cloud Run etc.).

What was great is that Treblle already had developed integrations for Laravel and PHP so it was extremely easy for Melvin and his team to integrate Treblle and start using it instantly.

Melvin was introduced to Treblle by a VC from an investment fund who was pretty enthusiastic about Treblle and decided to spread the word among other startup founders who might profit from using Treblle (thanks T for spreading the word!).

At Wonderkind they use a lot of APIs. They build on top of their partners APIs, but also create a lot of them on the way. They do have a few APIs that are exposed to customers, let’s say external ones for reporting and campaign creation purposes.

We asked Melvin to share some more insights on how they use Treblle and how it helps them in everyday tasks.

As a true professional, Melvin has set several goals they want to achieve by using Treblle:

Once they got introduced to Treblle, it was pretty easy to understand how the platform works and what values they can get out of it.

“Once I got introduced to Treblle, I totally got it because in the past I built something similar but not as nice. But, at least we built a tool to look into the real-time API logs that were triggered by entering the customer ID.”

He also touched upon the challenges they are facing as a company, and one of the most significant is scaling the organization and the team.

“The main challenge at this stage is really scaling our organization and team, because we are at the stage where we are accelerating our growth so it’s about development capabilities, education and leveling up our tech KPIs.”

This is something where Treblle helps them a lot, in terms of the onboarding process which is of a high importance to them as there’s currently 26 engineers working at Wonderkind but Melvin plans to increase that number pretty soon. Instead of spending hours on going through the documentation with each new colleague who joins the company, Melvin mentioned that he needs to do only two things. The first one is to introduce new people to the projects they’ll be working on, and the other one is to give them the login credentials for Treblle where they can easily go through the docs and get themselves familiar with the things done so far. And this is what makes it super easy for them to onboard new employees in the shortest time possible.

For example, a recently joined tech lead indicated the documentation in Treblle was super helpful and was happily surprised with the ease of use of Treblle.

The other way that Treblle helps is looking at how services interact - how one micro service communicates with their core platform. By observing this part they get instant feedback into the performance of their APIs.

So far, we can proudly say that Treblle has managed to help them achieve their goals.

No matter the industry, APIs are increasingly present in all stages of software development. Staying on top of your APIs is crucial, but getting even more out of API observability and management platforms is something that will bring your business to another level.

Treblle has already helped many solo developers, startups and companies from various industries by providing them not just with a clear and transparent view of what’s going on with their APIs, but also in other parts of their business.

As Melvin said, “If you put a few fundamentals in place, any web application can scale.''

So why not try Treblle and scale even faster? :)

Try out Treblle for free!

Stay in tune with your APIs! 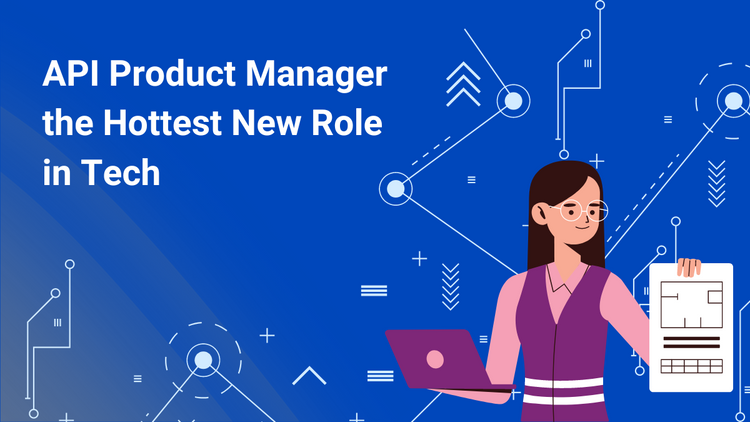 Is API Product Manager the Hottest New Role in Tech How APIs Are Transforming the Automotive Industry