This article was written in 2021. for web summit 2021. We've been and not much changed - the recommendation still stands!

I'll remember 2020. by a few things. Obviously COVID-19 is one of them, and there is no going around that, but it was also an interesting year for me personally. The three of us Tea, Darko and I decided to close down a pretty profitable development company with big name brands from all around the world. As well as the most profitable year for the past 10 years since it was open. It sounds weird especially if we factor in COVID-19 but we've done that so we can focus on Treblle. 110% focus. We were working on Treblle whenever we had time in our development company and it got to a point where I felt we as a team had to make a choice. And so we did. We chose Treblle and I'm glad we did. Best decision we've made.

I'm not going to lie to you, making that decision wasn't easy. None of us woke up one day and said let's just throw away the past 10 years of building a company and focus on this new thing. However just like any story there was a tipping point. A crucial moment in the history of Treblle. A significant point in time where all of the stars aligned with our ideas and our desires. For us that tipping point was Web Summit 2020.

Before I continue, just like with my article about Wise, it's important for me to preface this post. Web Summit did not pay me to write this article. This isn't a sponsored article. I don't do ads. Now let me tell you the rest of the story about the origins of our decision.

After the 3 of us, Tea, Darko and I, spent half of 2019. and half of 2020. building Treblle we managed to build a fully working and beautiful MVP. Given that we ran a development/design company for 10 years it wasn't your average run of the mill MVP. It looked more or less like it does today and it actually had a lot of the features you see today. More importantly it was being used by about 50 people on real life API projects. One of the things we started doing very early on was asking people about it. Our clients would invite their developers and I would often time Slack or Skype them questions like: "Hey I saw you were using Treblle how do you like it - is it useful to you?". Literally every developer answered with a positive if not overwhelming comment. Given that we poured our hearts out into this I was super excited to hear this. However we always had this fear that we are too close to the project and that everybody is saying positive things because they didn't want to offend us or they wanted to be polite. Even though I never told most of them that we built Treblle there was still that doubt, lingering in the back of my brain, gnawing at me. We concluded that we need a different pool of people. People who won't care about my feelings and see the product for the first time. People who are willing to tell us what we are not seeing and where we went wrong.

Enter Web Summit. After Google-ing for a few days I saw an ad for Web Summit on Twitter. I took a look at their website and within 5 minutes I thought to myself this is where we find out what's what and who's who. It featured top VCs around the world, big names like Mike Schroepfer from Facebook, Mark Cuban, Aron Levie, Gwyneth Paltrow and others.

The icing on the cake was when I saw that the guys from Breaking Bad, Bryan Cranston and Aaron Paul, are going to be there. So I left my details on their page and a few days later this guy called Cathal emailed and said he'd like to jump on a call and explain how everything works. We did just that. Cathal was super helpful. Convincing. It seemed like they really wanted to help.

A few days later he sent me an invite to Web Summit 2020 which was held online because of COVID-19. In case you didn't know the guys from Web Summit give startups a huge discount so it was like 200 EUR for all 3 tickets. Literally the next minute I sent the email to Darko and Tea. I explained that we are getting a great deal and if we end up talking to one person about Treblle it will be great. They agreed so we went ahead and paid for the tickets. We didn't expect much but rather we crossed our fingers and hoped for the best.

When you join Web Summit as a startup you get your own, personal, Startup success manager. Ours, at that point, was Keeva. This year it's Maria - thank you Maria 🙏🏻. This person is like your personal guide to Web Summit. Not only that but they all also have the ungrateful job of reminding all of us that we are late to submit things 🤣. You get to ask any questions you want, ask for tips, say what you'd like to gain from Web Summit and they do everything in their power to make it happen. Another cool thing is that you can apply to multiple "activations" as they call it.

So you can apply for Pitch where you send your pitch deck, record a short video and you might get a chance to pitch on stage in front of top VCs. Then another activation, my favorite one, is Mentor hours. The idea here is that you can join a closed session with like 5 other people and get a mentor about a topic that you wanna learn more about. So everything from how to get investments to growth, marketing, sales...you name it.

This was super appealing to me and I said we wanna learn about VCs and how that world looks like. When Web Summit started I was called in a session with Saagar from Nauta Capital and my question to him was about how much VCs usually take, percentage wise, in a regular seed stage. Saagar was kind enough to give a broad answer to my broad question 😀

Another thing that I found surprisingly useful was the Web Summit App for iOS and Android. The idea behind the app is that you download it and pimp out your profile so people notice you. Something similar to LinkedIn but only for people attending Web Summit.

You can also be ambitious and try to connect with the likes of Ursula von der Leyen. Suffice it to say I'm still waiting for here to accept my invite 😥 The best thing about these connections is that you can export them to CSV and connect to them in other ways later on. It's truly one of the better ways to network and build relationships. Those relationships turn into customers. And customers into use cases for your product!

So while I was connecting with other developers and development companies I started getting emails from VCs from all around the world. Given that each company has a profile, VCs can find companies that they are interested in and ping you to have a call. In my opinion this is great because you get investors who are interested and want to learn more.

So your path to getting in front of an investor just got easier. We started taking calls from various VCs and everybody asked us about our pitch deck and business plan. Given we didn't plan on taking an investment we didn't have either of those ready. After 4-5 calls it became clear that I'm going to have to sit down and Google "How to write a business plan?". And so I did. But more importantly all the VCs we've spoken to were super cool and helpful.

A total of 14 investors reached out to us on Web Summit 2020 via the app, LinkedIn or email and we got to speak to many of them about Treblle. Here is the pitch deck we used!

Besides the influx of VCs and connections with other developers we were also shortlisted in one of the activations called "40 words". The idea was to record a video and explain your startup in 40 words or less. The best videos would get played between various sessions. We ended up winning the thing and got our 40-word pitch played. It felt like our own Superbowl commercial. For us it was like our own Superbowl commercial 😆 Happy times!

Aside from all of that, technical sessions were also great. A lot of good content from AWS, Azure and on hot topics like ML, AI and similar. No AWS didn't pull an Oprah and gave away free credits to everyone in the session! I don't know why I thought that would happen but I did. Instead of that as an attendee of Web Summit you get access to their perk list. In translation it's a list of various different services and platforms with a huge discount. I actually did find some useful tools last year. I hope to see Treblle on it one day - it would be interesting to see what kind of a return do the companies on there get.

Roughly a few weeks after Web Summit Saagar reached out to me on LinkedIn. Said he remembered Treblle from our session on Web Summit and wanted to see if I was up for a call. We were talking to a few other VCs from Web Summit and with some of them we were already in "later stages". But I said why not - he was kind enough to answer my questions as a mentor so I wanted to repay the favor. After our first call I felt like we clicked so we met with a few other team members from Nauta who also liked the product.

We continued to have many conversations, they helped us figure out some of the rough edges and invited us to pitch in front of their Investment Committee. In the end we got 3 term sheets and ended up choosing Nauta Capital because of their speed, awesome team and willingness to help us along the way. We closed a $1.4M seed round in July this year led by Nauta Capital.

All in all for us at Treblle Web Summit was the best thing that could have happened in 2020. We got to meet a ton of investors, interesting people, friendships and connections. It helped us get our million dollar seed round and made the decision of focusing on Treblle much easier. If you were in doubt about Web Summit. Trust me. Go. Buy the tickets while you still can. If you're a startup it's a no brainer.

Given all of that you can understand how excited I am for this year's Web Summit. So it shouldn't be a surprise that we will be in Lisbon in person this year 🥳 Not only that but we plan to officially launch Treblle there!

We feel like it would be a perfect time to do that and we're super excited about it. But that's not the end of good news. This year just like a lot of other startups we will have an exhibition space one of the days 🤯. So if you like APIs, Treblle, want to talk tech or startup life be sure to swing by our space. We are planning a few surprises for everyone that comes by to say hello. Add either Darko, Tea or me on the Web Summit app and let's connect.

PS. And yes I know! I owe a beer 🍻 to a couple of amazing people we met last year. It's finally happening.

The Hitchhiker's Guide to Laravel Vapor 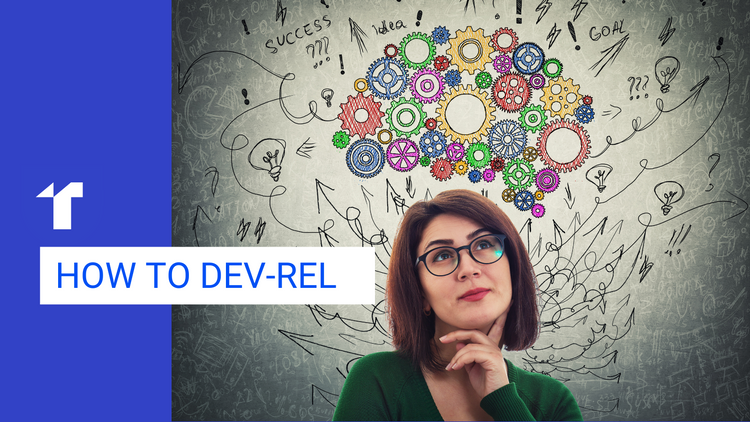 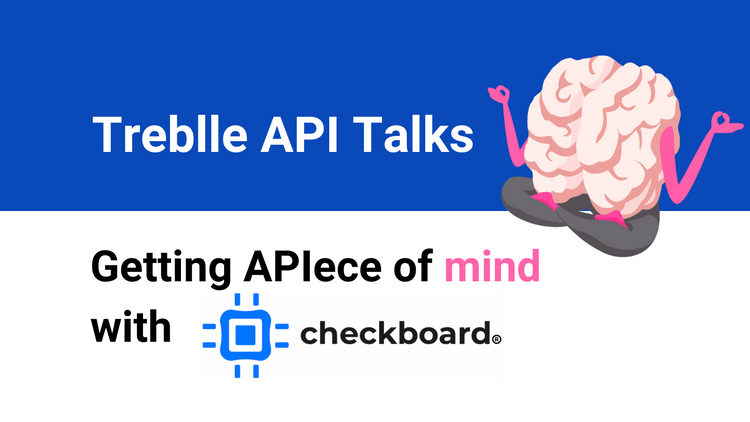 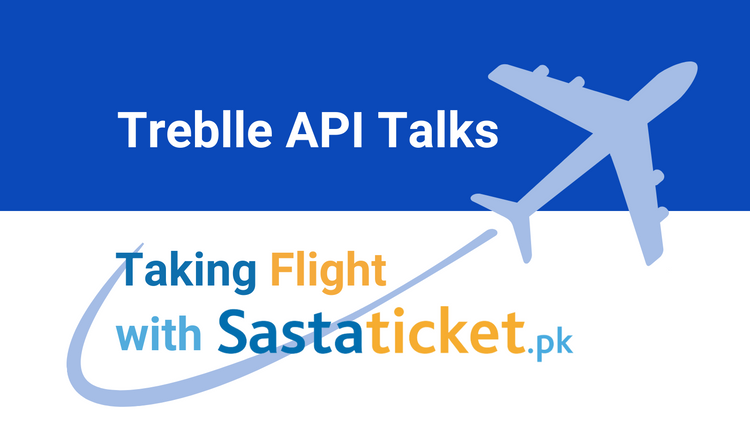